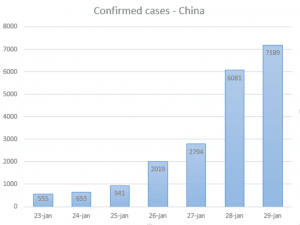 Download this casestudy as a PDF: Coronavirus case study