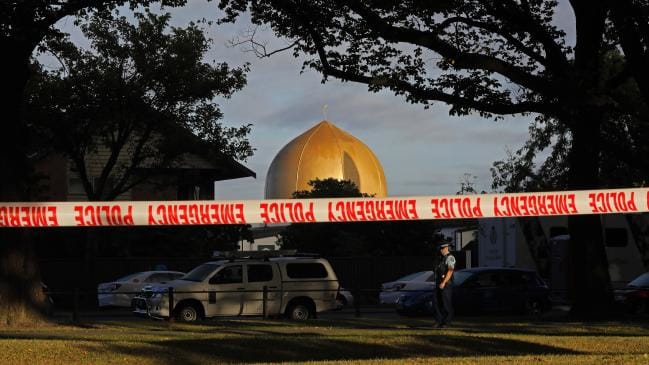 It has been called “one of the darkest days in New Zealand” by Prime Minister Jacinda Ardern, following the shootings at two mosques in the city of Christchurch. At least 49 people lost their lives as white supremacy terrorists stormed the mosques during Friday prayers, sending citizens across the laid-back country into disbelief while leaving locals struggling to come to terms with such atrocious bloodbath in their city. As the attack in Christchurch became the latest incident on a long list of terrorist acts committed by white supremacists, it should also be a wake-up call for western governments that failure to adequately respond to such threat could eventually lead to more such events in the future.

White supremacist terrorism is not something new and it has seen resurgence in recent years amid the increased visibility of far-right beliefs in the US and European political mainstreams. Recent events such as the election of Donald Trump as president, Brexit as well the rise of far-right leaders in continental Europe are clear indications that white nationalism is indeed gaining traction and is no longer just confine to few politicians spewing rhetorical statements. Instead, it has emerged as a triggering point for followers of such ideology to harm others as demonstrated by one of the terrorists in the New Zealand mosque attack, Brenton Tarrant, who called Trump a “symbol of white supremacy” in his manifesto. Well such linkage is often inconclusive, it does highlight the pattern in which the exposure of hate speech leads to certain individuals to resort to lethal violence.

The attack in New Zealand also serves as a reminder that media should discuss more about the threat of white supremacist terrorism instead of focusing on “Islamic militancy”. Often overlooked by the media in the west, it has been pointed out that almost two-thirds of the terror attacks in the US in 2017 were carried out by right-wing extremists. The absence of robust discussion on this issue is also further aggravated by the fact that news reports on Muslims are mostly negative and highly stereotypical. For instance, when a Muslim is the perpetrator of an attack, media outlets will quickly point out his or her ethnicity and religion, and even associate the person with certain labels such as “Islamic fundamentalist” or “Islamic terrorist” among others. On the other hand, there were hardly any labels such as “white terrorist” for the mosque attacker in New Zealand, Brenton Tarrant. Not only that, the word “terrorism” is also rarely applied by media practitioners on violence that targeted Muslims, further reinforcing the bias against them.

As the world continues its fight against extremism and terrorism, it is clear that the threat may not necessarily emerge from a foreign country as demonstrated by the latest incident in New Zealand. Far-right extremism that is often overlooked is also capable of producing similar effects as to those perpetrated by global terror networks such as Al-Qaeda or the Islamic State (IS).  Just like in the attacks inspired by these two organisations, white supremacists also used social media in an effective way. The attack in New Zealand for example was broadcasted live on Facebook for at least 17 minutes and by the time, the crackdown on the video began, it has already been viewed by thousands of people across the globe.  While one of the key attackers in New Zealand cited Anders Breivik, a far-right terrorist who conducted similar act in Norway in 2011 as an inspiration, the ability to disseminate such message via social networking sites to a larger audience also meant that copycat attacks will be harder to stop in the future. Such situation is yet another instance where white supremacist terrorism shares similarities with lone-wolf attacks, which are often influenced by Al-Qaeda and IS.

While it is true that white supremacists and Islamists could be motivated by opposing political ideologies, it is important to note that terrorism is still a tool for them to inflict mass casualties on the innocent. Despite being emphasized many times in various occasions, it seems the notion that terrorism knows no religion, nationality as well as geographical boundaries still holds.

Following is a timeline of the events during the mosque attack in Christchurch, New Zealand as well as some of Safeture incident reports on 15 March (all times local):

13:40: The first gunman walked into the Al-Noor Mosque at around 13:40 and started to shoot at worshippers. The shooting was also broadcasted on Facebook Live for at least 17 minutes. Police was alerted to the incident at 13:41.

14:45: First yellow alert published by Safeture. The event was published based on available information on credible news sources. The event mentioned a shooting incident at the Hagley Park area.

15:36:  Second alert in red was sent out as details of the shooting at the Al-Noor mosque emerged. A suspicious device was also discovered on Strickland Street in the city. A citywide lockdown was issued by authorities in response to the shooting. The alert was also sent via SMS.

16:05: Another red alert was sent out over the attack at Linwood Islamic Centre that occurred at about 13:55.

19:03:  The situation in Christchurch was updated in another alert, highlighting the roads that have been closed as well as delays and cancellations at the city’s main airport. The death toll of the attack was also updated.

The security situation in New Zealand was continuously updated in the days that followed. Vigil events that were held in several cities were also being highlighted in advance. Several security incidents that involved bomb hoaxes among others were also reported in Auckland, Hawke Bay Dunedin in the aftermath of the attack. These events were also being made available in the Safeture app.

March in Review
Scroll to top

If you do not want that we track your visist to our site you can disable tracking in your browser here: