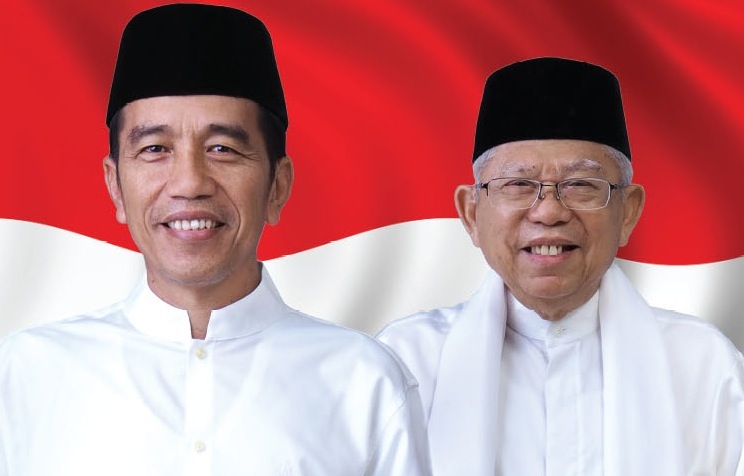 Indonesia set for presidential election rematch between Jokowi and Prabowo

After five years in power, Indonesia’s soft-spoken and metal-loving President Joko Widodo or fondly known as “Jokowi” will face the voters in a setting all too similar to the 2014 race. His challenger will once again be Prabowo Subianto, a candidate whom he defeated back then. While the 2014 election was all about his aspirations to develop the largest economy in southeast Asia, this time around he will need to defend his administration’s records in an effort to appeal to the population to grant him another term. Opinion polls have put Jokowi ahead of his rival, Prabowo, though there is still a chance for an upset as the latter has managed to narrow down their differences as polling day looms.

Economy is expected to take centerstage of the election as Jokowi rides on some of the successes during his first-term to woo the electorates. His reforms appeared to have paid off as Indonesia remains pretty much unscathed from the slowdowns that dogged some of the major emerging markets. Although growth has hovered at about 5% due to volatile markers and weak commodity prices, some of Jokowi key policies particularly those on infrastructures continued to be on track and have emerged as some of the strongest points throughout his presidency. From the recently inaugurated Jakarta Mass Rapid Transit (MRT) to the new wind power plant in Sulawesi, all these projects have demonstrated Jokowi’s commitment on improving the economy through investments on infrastructures that suffered years of neglect previously. The infrastructure boom happening under his watch as many analysts have been pointed was necessary as the country has just invested 3% of GDP on it. In contrast, China and Vietnam have been spending 7% or higher of GDP for such purpose in the past years. Despite this, some of his critics have argued that not all of the projects have produced direct impacts on the economy. Prabowo’s team said the money could have instead be spent elsewhere including improving agricultural output or reducing food reliance from foreign countries. The government responded by saying that it could take a while before their impacts can be felt, while insisting that such projects are the key for national unity. Only time will tell if the people of Indonesia will reap the benefit of the infrastructure-boom.

Apart from infrastructure, the question of economic nationalism could also be another key factor that swings voters away. Both candidates are likely to promote policies that favour a certain degree of domestic control on the national economy though Prabowo has been regarded as more nationalistic in his approach. He has promoted the idea of self-sufficiency, saying that the economy in its present form is just too reliant on foreign countries especially on food and fuel products. There are concerns however that an economy that is dominated by nationalistic sentiment could be drive away foreign direct investment (FDI) and efforts to liberalise the economy, both elements that are still critical for Indonesia’s fast-growing economy. The country’s FDI has already fallen from US$30.5 billion in 2017 to US$27.9 billion in 2018 amid ongoing uncertainty about its political future.

While Jokowi might have a better edge on the economic front, the issue of religion on the other hand presents a rather tricky challenge for him. This is because Jokowi’s administration has been accused of being anti-Ulama and anti-Islamic amid the detention of some religious clerics for criticizing the government. In contrast, his rival, Prabowo has been seen as more Muslim-friendly that he even won the approval of the ulama by ijtimak or consensus. To alleviate such fears, Jokowi has chosen Ma‘aruf Amin, a leading cleric to be his running-mate and it has to a certain extent repaired his image among the conservative Muslims. The question is; will it be enough to win them over or could it be regarded as yet another cosmetic move that aimed at securing more votes. There have also been fears that both candidates’ push for political Islam could strain relationships between the majority Muslim populace and other minorities as demonstrated during the election of Jakarta’s governor previously. Investors on the other hand could also be cautious on how such narrative might have an impact on ongoing economy policy and reforms.

When Indonesians head to the polls on 17 April, the issues discussed here will be among many others that will play in their minds. Human rights, corruption, health and education are also equally important when they decide on the candidate of their choice. If the pollsters are right, Jokowi appears to be still maintaining an upper hand and possibly on track for a second-term. A victory with a high turnout will give him all the firepower needed to complete what he started and make his presidency counts. A low turnout or a thin margin on the other hand, could work well for Prabowo by encouraging the opposition to contest for irregularities in the voting process.

Voting in the world’s largest Muslim democracy has always been a mind-boggling affair amid geographical challenges presented by Indonesia’s vast archipelago. On top of that, there are also five separate elections at once namely one for the president, both houses of parliament, provincial legislatures and district or city councils. In contrast, India’s parliamentary elections will take place over the span of two months through a rolling regional process. To put matters into perspective, there will be at least 193 million voters with at least 245,000 candidates running for more than 20,000 national and local legislative seats across hundreds of islands in the country. The Election Commission (KPU) will operate at least 800,000 polling stations supported by six million temporary workers.