The Lunar New Year or Spring Festival is set to be welcomed in parts of east and southeast Asia on 12 February. Typically, a busy period for traveling as the populace head back to their hometowns for the festival, this year’s celebrations are likely to be a low-key affair amid the resurgence of Covid-19 in several countries including Malaysia, parts of China as well as South Korea, and Japan.

Instead of preparing for major festivities as seen prior to the start of the pandemic, governments in this region have been warier amid concerns over the possibility of new clusters as people gather for reunion dinners and large family meetups.

Compared to their American or European peers, most of the countries in the region have enjoyed a higher degree of success in controlling the initial waves with lower death rates as well as community transmission. Despite this, the successes that were mainly credited to aggressive measures including strict lockdowns and intense contract tracing could slowly be drifting away as more countries in the region saw larger surges in terms of infections since late December. Daily highs were constantly broken in Japan and Malaysia while community transmission grew at a breakneck pace.

As a result, the Japanese government has called for a state of emergency in multiple prefectures including Tokyo while advisories for businesses to shorten operating hours were also issued. In Malaysia, the government has declared a state of emergency till August while most of the country including the capital, Kuala Lumpur was put under a strict lockdown that saw non-essential movements being curtailed. The country’s health tzar has already warned that the so-called Movement Control Order (MCO) could last for a month up until Chinese New Year to see cases dropped to a manageable level. South Korea that saw cases peaked in December would likely begin easing some of the social distancing measures as the situation continued to improve but any big events to mark the Korean New Year were likely to be put off.

Besides Japan and Malaysia, China where the pandemic began also experienced the emergence of new clusters, albeit sporadically in several northern provinces including Hebei and Heilongjiang as nationwide preparations for the Spring Festival entered full swing. With the largest annual human migration in the world or “Chunyun” approaching, officials have also been moving fast to contain localized outbreaks in cities in these provinces as a total of 407 million trips was expected to be made between 28 January and 8 March. Mass testing centers were being set up while cities, towns, and villages were also placed under lockdowns. The Chinese government is keen to avoid a repeat of last year’s scenario where cities were sent into lockdowns amid the post-spring Festival rush that accelerated the transmission. People have been urged to reduce travel or avoid large groups where possible as the country looks set to cautiously welcome the Year of the “Ox.” 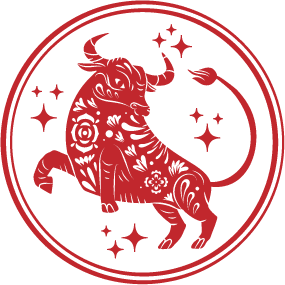 President Faustin-Archange Touadera’s victory in the Central African Republic (CAR) presidential and legislative elections on 27 December 2020 have largely been overshadowed by violent attacks by rebel groups on key towns and routes leading to the capital, Bangui.

The attacks were conducted by the Coalition of Patriots for Change (CPC), an umbrella group of rebels opposed to the elections on the basis that they were rigged.  Several towns were seized by CPC forces for days, despite the efforts of United Nations Multidimensional Integrated Stabilization Mission (MINUSCA) troops. Ultimately, rebel forces were able to launch coordinated attacks on the northern outskirts of Bangui on 13 January. While these attacks were repelled, the latest round of violence has demonstrated Touadera’s limited authority over the country.

Despite the setback, CPC and a plethora of other rebel groups control over two-thirds of the country. Outside of Bangui, the rest of the country is impoverished and highly fragmented along religious and sectarian lines.  In these areas, most of the population did not participate in the elections. While the rebels are typically disunited and poorly equipped, the local military does not fare well either amid a United Nations (UN) arms embargo. Instead, they are supported by a coalition of foreign forces under MINUSCA such as Rwanda and Bangladesh. Despite a mandate that includes expanding government authority over the entire country, UN troops have limited their operations to maintaining control of urban centers. However, increased attacks on UN personnel indicate rebel forces are becoming increasingly assertive. Further complicating the situation, Russian private military contractors have also been present on the ground. Their deployment is allegedly linked to exploration rights for gold and diamonds in the country. This move however did not sit well for locals and protests against their presence have also been reported.

As government forces are focused on maintaining the status quo, rebel attacks are anticipated to continue across the country including in the vicinity of Bangui. In addition to a further loss of life, the greatest impact will be on humanitarian efforts. Several international aid groups have suspended operations in parts of the country as routes between major cities are no longer secure. At the same time, aid workers still in the country have reported an increase in the number of disease-related cases, especially among displaced communities. The provision of basic goods even in Bangui is also in jeopardy as supply convoys have been stranded at border checkpoints due to the risk of attacks. Furthermore, the recent violence has also forced more than 60,000 people to flee their homes. They join an estimated 1.3 million others who have been displaced by years of conflict in refugee camps that are usually in poor condition.

Touadera’s second term in office will depend on the continued military assistance provided by a coalition of foreign forces. It will remain to be seen how he will stop the rebel attacks. With coalition partners having little interest to escalate the conflict, a ceasefire would have to be negotiated and perhaps a power-sharing mechanism involving rebel forces. However, such compromises have been done in the past and ultimately proved to be unstable. Regardless, he would need the support of multiple ethnic groups especially the Gbaya, the largest ethnic community, to govern effectively. Until then, the current status quo will continue to isolate large swathes of the population from urgently needed humanitarian aid and development.

Flooding in parts of Malaysia raises concerns of Leptospirosis

Throughout the end of 2020 till early 2021, Malaysia witnessed significant amount of rainfall amidst the annual monsoon season. Massive flooding occurred in the east of the Peninsular, including Pahang, Terengganu, Kelantan as well as in Johor, resulting in thousands of people being evacuated while properties and other infrastructures were damaged. As floodwater recedes, concerns have now shifted to the spread of water-borne diseases, particularly Leptospirosis (rat urine disease), among those affected due to their exposure to water contaminated with urine from carrier animals such as cattle, dogs, and other types of rodents. In addition, the virus can also easily spread through wounds or cuts that are exposed to fresh water, despite one not consuming them. Lack of proper facilities for garbage disposal flood-battered areas have also been regarded as perfect grounds for the transmission of the virus. It is therefore highly advisable for one to boil the water prior to consumption and practice a high level of personal hygiene by regularly washing his or her hands with soap.

Over the last months, multiple explosive attacks targeting high-profile individuals, including politicians, security officials, human rights activists, and journalists, have occurred in Kabul and other major urban areas. The Taliban claimed responsibility for the majority of these attacks in an attempt to diminish authorities’ capabilities and increase their position on the ongoing peace talks. Furthermore, other groups such as the Islamic State-Khorasan Province (ISKP) and Al-Qaeda have also increased their bombing activity, posing an additional threat to local authorities. Military operations have been conducted in retaliation for the attacks. However, the security situation in Kabul and other urban areas is expected to remain unstable. Failure to reach an agreement over the ongoing peace negotiations may lead to a rise in attacks in the short term.

Continuous risk of kidnap for ransom in Nigeria

While the use of kidnapping by criminal elements is by no means a new phenomenon in Nigeria, recent years have seen an escalation in both the frequency and sophistication of this strategy by groups across the country. Armed groups have directed their focus on highways and expressways that connect states or major cities, including the Abuja-Kaduna highway, Benin-Owo expressway, and Lagos-Ibadan Expressway, where they blocked off parts of the road in order to rob travelers, but also regularly abduct those deemed to be of high financial value. So-called ‘bandit groups’ have also adopted this model of kidnapping by raiding local villages and towns during early morning hours, abducting residents, and fleeing before security forces manage to apprehend them. Ransoms are then extorted from relatives and even officials to secure the release of those captured. These attacks have mostly been reported in various parts of Kaduna, Zamfara, Katsina, Rivers, and Ondo states. The Nigerian government has acknowledged this persistent threat and has responded with the reinforcement of military deployment in troubled areas, but their efforts have thus far enjoyed meager success.

In an unprecedented event seen in decades, demonstrators took over the United States Capitol on 6 January just as the nation prepared for a power transition from Donald Trump to Joe Biden, who was elected last November. It is essential to note that through 2020, the US has already been swept by large scale protests, led both by far-right and left-wing groups. In a number of instances, there were reports of clashes between these rival groups as well as between demonstrators and security forces. Hence, what the media now calls the “Capitol Riot” can be interpreted as an escalation of the 2020 civil unrest. Furthermore, the instability that stemmed during the transition period also adds another layer of challenges to the unrest. Although the unparalleled aspect of recent events in the US makes it hard to predict future situations, it is likely that the polarisation the country currently faces will greatly influence political events in 2021. Protests and subsequent clashes will remain highly possible, and there is also a potential for the Biden administration to enhance domestic security. 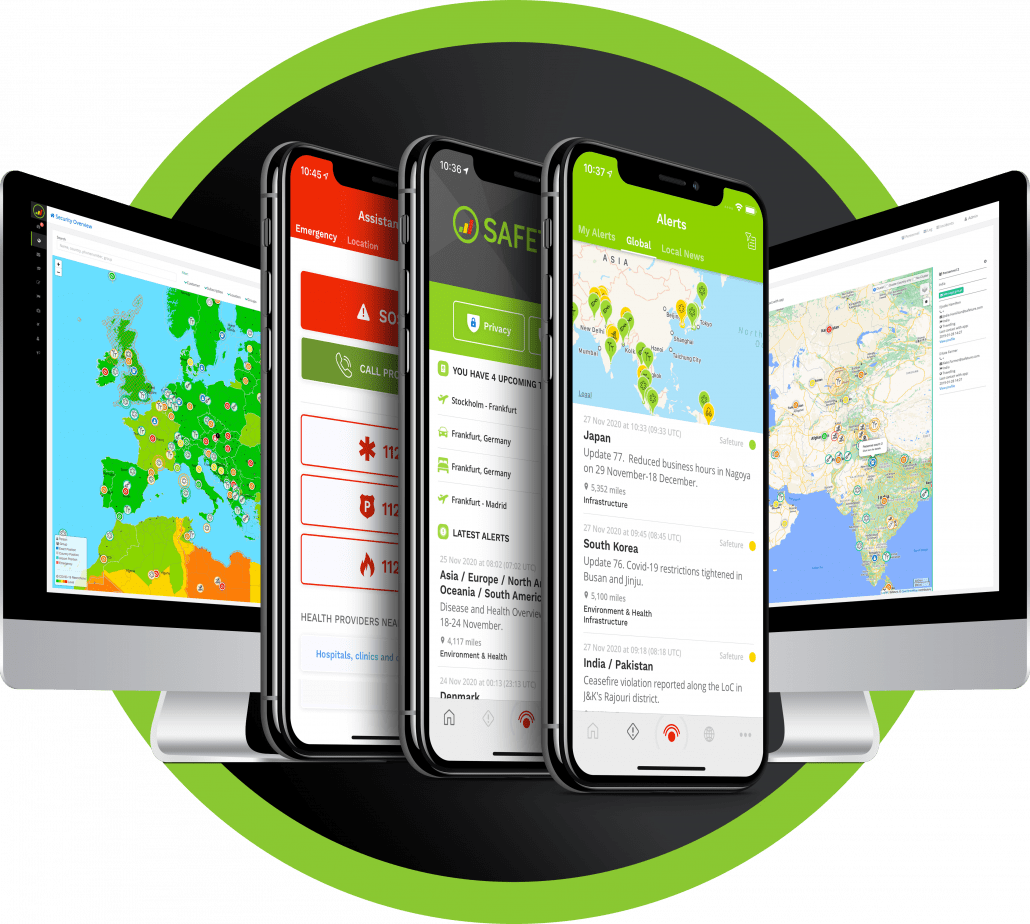