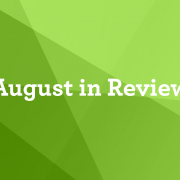 Following are some of major events that have been dominating the global headlines in the month of August:

Massive fires erupted in the Amazon forest in Brazil in late August, triggering outcry as well as calls for better protection of the “lungs of the earth” across the globe. The latest wildfires contained at least thousands of hotspots spanning several states in the country namely Amazonas, Rondonia, Para and Mato Grosso. In addition to Brazil, the fires have also spread to forests in the neighbouring Peru, Bolivia and Paraguay. As efforts to contain the blaze were launched, there have also been criticisms against the Brazillian government’s handling of the situation. Human acts were thought to be blamed as fire is often used to clear out lands for farming and ranching. Amid allegations of being complicit, the Brazillian President Jair Bolsonaro had instead accused non-governmental organisations (NGOs) for the fire, resulting in a barrage of outcry domestically and abroad.  One of the strongest criticisms came from the French President, Emmanuel Macron, who suggested to use the G7 summit to discuss the matter. His call received backing from the Canadian Prime Minister Justin Trudeau and German Chancellor Angela Merkel. The Brazillian government however retaliated, saying that the Macron was using the “internal issue of Brazil and other Amazonian countries” for his personal political gain. Elsewhere, protests also erupted in front of the diplomatic missions of Brazil around the world over the fires.

India’s Prime Minister Narendra Modi revoked the special status granted for Muslim-majority Kashmir in mid-August following a landslide election victory few months earlier. Though the revocation of Article 370 has been stated clearly in his manifesto, there were still fears that the move would heighten the already tense situation in one of the militarized regions in the world. As a result, the Indian government poured in thousands of troops into major cities and towns of the state including Srinagar as well as imposed a total communication blackout in order to maintain calm and stability among its populace. As part of his nationalistic agenda, Modi also used the Independence Day anniversary to rally support for his move, citing that the article has long been a stumbling block in the development of the state. While some opposition parties expressed dissatisfaction, their responses were largely subdued due to the stronger majority possessed by Modi’s Bharatiya Janata Party (BJP) in the parliament, Lok Sabha. Internationally, Modi’s move received the strongest backlashes from India’s regional neighbours namely Pakistan and China. Both of the countries claimed that Delhi’s unilateral move would threaten regional peace. Being the archrival of India in South Asia, Pakistan also partially closed its airspace while downgrading diplomatic ties with India in response to the revocation.

After months of unrest following the fall of Omar al-Bashir, the Sudanese protest leaders and military finally inked a power-sharing deal, paving way for the transition toward a civilian-led government. The agreement was being hailed as a key turning point after months of stalemate between both sides that saw violent clashes and deaths among the protesters. Under the agreement, a joint military and civilian council will be established to rule the country for at least three years, after which elections will follow. A cabinet appointed by the activists as well as a legislative would also be formed during this period to ensure administrative functionality. Despite this, some quarters have greeted the agreement with cautious optimism amid worries that the military might renege on their promises by delaying certain clauses thus allowing them to rule longer. Additionally, some also added that a number of challenges await the transitional government as the country has been battered by post-coup chaos for several months, resulting in erosion of the economy as well as institutional capacities among others. On the other hand, the international community including the African Union and Ethiopia that brokered the agreement have welcomed the development with relief after months of deadly violence.

The Indonesian provinces of Papua and West Papua suffered from waves of unrest as tension simmered over the arrest of a group of Papuan students in mid-August. Riots erupted in a number of cities in the provinces including Nabire, Jayapura, Sorong, Fakfak, Timika as well as Manokwari in which demonstrators, mostly Papuans called for independence and equal treatment by the Indonesian government. At some point of the protests, some demonstrators also displayed the banned Morning Star flag, which symbolized independence resulting in scores of arrests. In a bid to quell the unrest, thousands of troops were deployed into the region and a communication blackout was also imposed to prevent spread of rumours at a sensitive time when Indonesia marked its 74th anniversary of independence. President Joko Widodo had also appealed for calm as the biggest riots in decades spread in both provinces. The latest bout of clashes has been regarded as a culmination of frustration among the Papuans who often felt they are being treated as “second-class” citizens in the country. Despite this, it has been hoped that the reconciliatory tone struck by the Indonesian government will be able to mitigate the ongoing violence in the region, which has already been plagued by a low-level insurgency.

The Group of Seven summit was held in late August in which leaders of some of the most powerful economies in the world descended into the French city of Biarritz to discuss several issues including trade, the wildfires in Amazon as well as global security challenges. On top of the usual members of the G7, the summit was also attended by leaders non-member states including India, Egypt and Chile among others for the group’s outreach session. One of the most notable attendees of the summit was the Iranian foreign minister, Javad Zarif who held talks with French President Emmanuel Macron on the sideline amid an ongoing nuclear stalemate with the US. Although there were no direct talks with any officials of the President Donald Trump’s administration, there have been speculations that Macron was using the summit in an attempt to broker talks between Washington and Tehran. Besides Iran, the summit also became a turf for a war of words between the French and Brazilian governments amid the fires in the Amazon forest. While G7 members pledged to provide US$ 20 million in aid for Brazil to combat the blaze, the chief of staff for President Jair Bolsonaro rejected the offer and labelled Macron’s move as “colonialist” and mocking the latter for failing to stop the “avoidable” Notre Dame blaze. The summit also ended without a joint communique as the host nation sought to avoid a repeat of a 2018 row between Trump and Canadian Prime Minister Justin Trudeau.