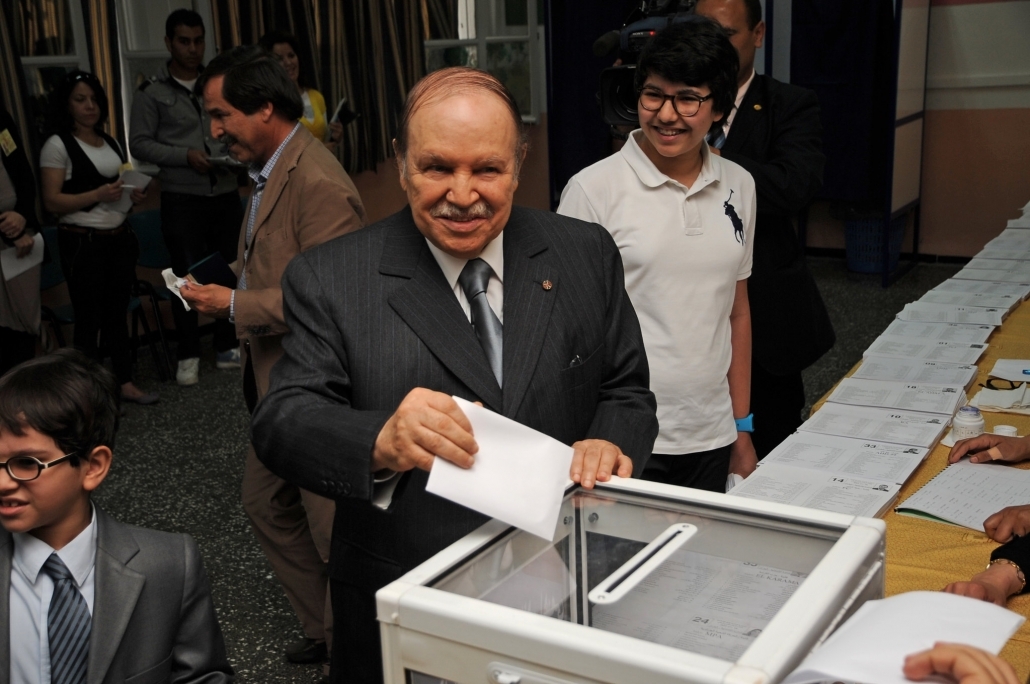 Algeria will hold its first post-Bouteflika presidential elections on 4 July, interim leader Abdelkader Bensalah has announced on 10 April. On 2 April, long-term president Abdelaziz Bouteflika submitted his resignation following weeks of youth-led mass protests against his 20-year rule. Despite Bouteflika’s resignation and the announcement of upcoming presidential elections rallies are likely to continue, as young Algerians are seeking for a complete political overhaul.

The announcements in February of Algeria’s longest-serving president, Bouteflika, to run for a fifth mandate triggered the largest wave of anti-government rallies that the country has seen since 2001. As calls for mass rallies and demonstrations mounted in Algiers and other major cities, the ruling National Liberation Front (FLN) party called on various occasions for the ailing president to step down, following similar calls from its coalition partner the National Rally for Democracy (RND). After six weeks of mass rallies, a new government was formed on 1 April to handle a period of transition, and a day later the ailing president presented his formal resignation to the president of the constitutional council.

Mass demonstrations against president Abdelaziz Bouteflika began February after the president, who has seldom been seen in public since suffering a stroke in 2013, announced that he would stand for another five-year term. Bouteflika is the fifth elected president in the country’s history and came into office in 1999; he is credited with ending a bloody civil war and bringing back stability to a country devastated by killings and distrust. The 82-year-old president is one of the last heroes from Algeria’s independence war against France 1954-1962 and his party the ruling National Liberation Front (FLN) has been a dominant force in the country ever since. Power in Algeria has traditionally been centered around the FLN party, high-ranking members of the military generals and prominent businessmen.

As mass rallies entered on its third week, on 11 March, Bouteflika abandoned his re-election bid and appointed Noureddine Bedoui as prime minister to replace Ahmed Ouyahia, who had resigned earlier as mass protests developed across the country. At that point, the government postponed presidential elections that had been scheduled for 18 April, and announced that Bouteflika would only step down once a new constitution had been passed and a successor had been elected. Opposition leaders and demonstrators were not satisfied with the president’s proposal claiming that his intentions were to extend his fourth term in office, set to expire on 28 April. On 26 March, one of the country’s most prominent figures Algerian People’s National Army chief of staff General Ahmed Gaid Salah called for the Constitutional Council to declared president Bouteflika unfit for office under Article 102 of Algeria’s Constitution. General Salah’s call for Bouteflika resignation showed the internal divisions within the ruling class, divisions that could be exacerbated during the coming presidential elections.

For young Algerians who constitute nearly 70 percent of the population and grew up in the aftermath of the 1990s civil war, high unemployment rates, a stagnant economy and the feeling of not being represented by the ruling class are today’s most pressing issues. Demonstrations are likely to continue in the near future, as Bouteflika’s resignation was only one of the protesters’ demands. The protest movement led by young Algerians views the entire establishment, which also includes the opposition parties, as part of the problem. Traditional opposition parties, which range from socialists to Islamists, have failed in the past to find common ground to stand up to the regime or have ended up working in closed cooperation with it. Within the regime there are deeply rooted divisions between army, businessmen and Bouteflika’s inner circle, as a result they have failed to produce a viable candidate to replace the ailing president. Nevertheless, the most powerful and best-organized institution in the country is the military, and it is unclear how much is willing to concede to the protesters and other political groups.

Following Bouteflika’s resignation, Abdelkader Bensalah a long term Bouteflika loyalist and chairman of the upper house of parliament will be in charge as interim president for 90-days until elections are held. The appointment of both Bensalah as president and Noureddine Bedoui as Prime Minister tasked to lead the country transition seems unlikely to appease protesters who are calling for an overhaul of the entire political system.  In its first public address since Bensalah appointment, General Ahmed Gaid Salah cautioned protesters about demands that could undermine the country’s constitutional integrity. Until now, the army has abided by the constitution but it remains a question if they will maintain the same position or will step in as they did back in 1991.

Demonstrations are likely to continue in Algiers and other major cities in coming weeks and to intensify in the weeks leading to the presidential election.  Millions have rallied since the beginning of the protest across the country, including Algiers where street protests have been banned since 2001, clashes between demonstrators and security forces have been reported. Major rallies have been taking place on Friday following the afternoon prayers. Transportation in Algiers including bus, subway and tramway services have been affected on particularly on Friday, as large crowds gather at the central Place de la Grande-Poste. Despite the continuous protests and a general strike on 10 March, oil and gas production in the country continues undisrupted. On 1 April, Algeria’s labor union confederation Confédération des syndicats algériens (CSA) refused to accept Bedoui’s newly appointed government, meanwhile demonstrators vowed to continuing rallying across the country. Safeture has and will continue providing with real-time security alerts on security related incidents and will keep on updating its users with relevant information to keep travelers in Algeria safe and well informed.